Have you been watching BBC TV’s current cooking programme “The Incredible Spice Men”? I certainly have! It’s been wonderful watching Cyrus Todiwala OBE DL, the renowned chef at London’s Café Spice Namaste and Tony Singh, the kilt wearing Chef-Director of Oloroso and Tony’s Table in Edinburgh, travel round the country doing what they do best: cook. Their mission is simply to enhance and bring a modern twist to classic British dishes by adding spice. The recipes have been innovative, look fantastic and are both achievable and simple, the different landscapes of Britain have been delightful… And then there is the interaction between Cyrus and Tony; jocular, fun, warm and genuinely friendly.

I have seen Cyrus give a cooking demonstration before at the Real Food Festival on London’s South Bank (writeup can be found here: http://snigskitchen.blogspot.co.uk/2012/10/real-food-festival-2012-28th-30th-sept.html) So it will be no surprise that I was delighted when I was invited to Café Spice Namaste to a British Turkey Masterclass. Cyrus’ love of great British produce has been evident during the Spice Men series, and his mission for the evening was to convince us that turkey is for more than just Christmas dinner. 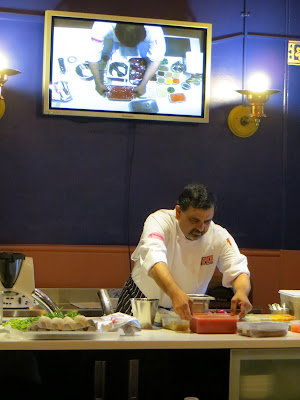 I was sceptical, but happy to put myself in the hands of such a talented chef and show a little trust. My experiences of dry and bland turkey at Christmas had put me off using turkey in my home cooking. Cyrus was going to have an uphill task convincing me that I could make fabulous, spicy, flavourful meals with turkey!

Cyrus prepared a number of ingenious creations combining spicing, marinading and currying techniques. He showed us how to make several dishes during the course of the evening, ranging from slow cooked curries, omelettes, and masalas.

The Khari Gurdun dish demonstrated how the neck of the turkey can be slow cooked in a casserole or curry sauce base to become tender and tasty. Because the neck has such well developed muscle, it is seen as being tough and chewy, meaning it is often discarded. This was an eye-opener for me, since as we head into Autumn and Winter, I like to change my cooking style to more comforting braised and slow cooked dishes, and Khari Gurdun is just the sort of food I crave in the grey cold weather.
Cyrus made a very quick turkey liver spicy stir fry, a sort of dry curry. The turkey livers themselves are quite strong flavoured, so this would be a good dish to serve in small quantity to give a different texture and mood to an overall meal. 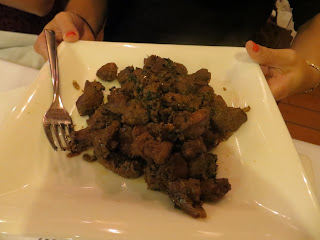 
Here is the simple omelette: 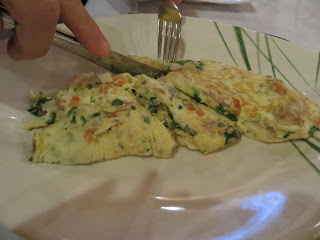 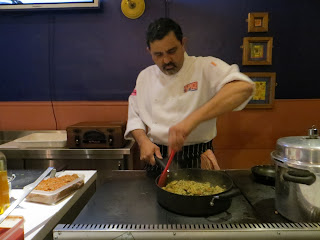 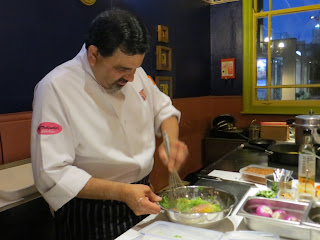 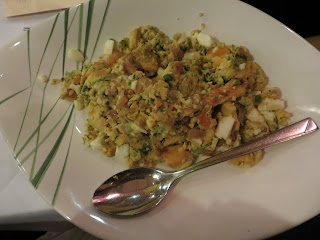 We had some minced turkey koftas: 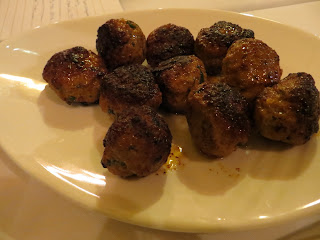 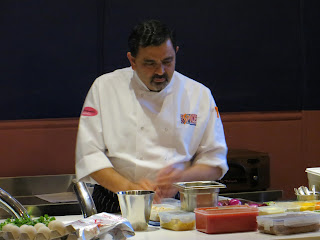 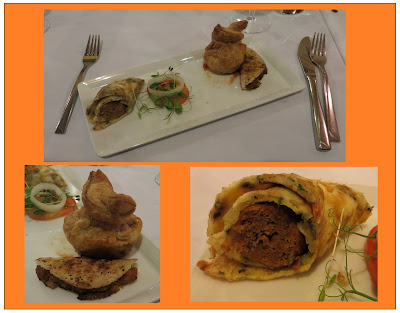 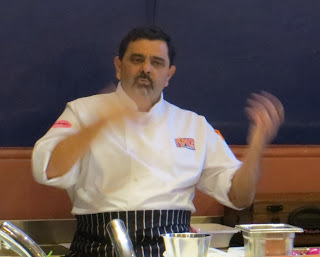 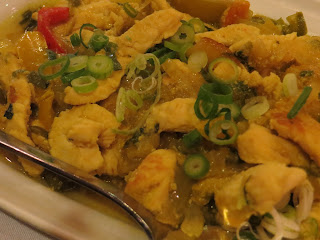 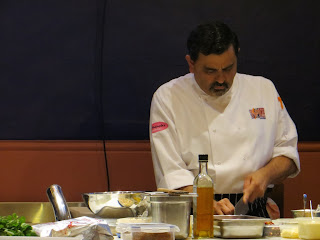 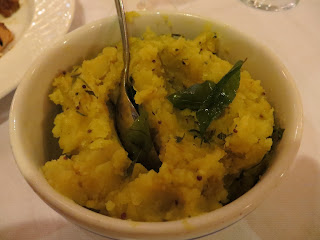 Gently spiced but not bland, this would be a wonderful filling in a masala dosa. It would also be a colourful accompaniment to sausages if you wanted to serve an Indianised Bangers N Mash! 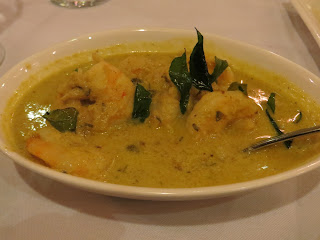 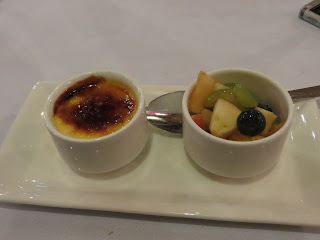 Just as the Incredible Spice Men have spiced up British classics, here Cyrus has spiced up a typically French dessert. Simply delicious!

The dishes I had were all so tasty, that I left Café Spice Namaste completely stuffed. Some dishes were ones that I had to have second helpings of…. Cyrus was only too pleased to let me have some more. Although he did have the audacity to comment with a cheeky “Madam, your size is somewhat misleading, it belies your appetite!”

One of the treats we sampled was a trio of “turkey tikkas” – marinaded and grilled cubes of turkey. Cyrus was kind enough to allow me to share the recipe of one of them with you. 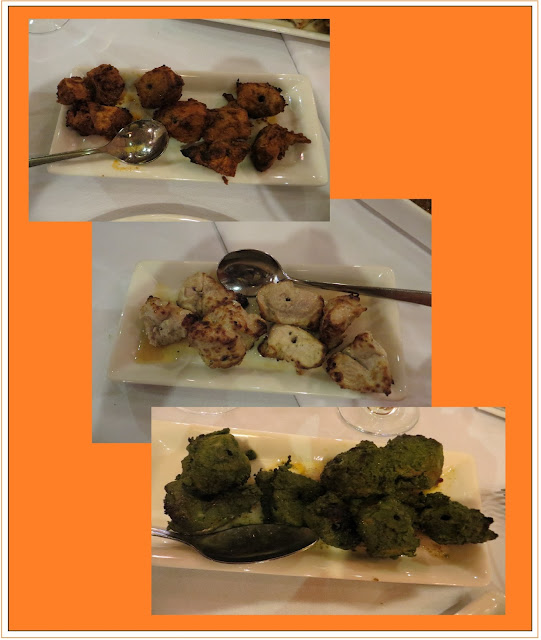 You will want to try this recipe, it was moist, flavourful and delightful. It is simple and nothing about it is difficult – you just have to remember to marinade the turkey overnight.