Places to eat in Liverpool

I am an unabashed music fan, and have been so all my life. I try to expose myself to a variety of music, but will freely admit to a deep devotion to British rock music. My favourite band is The Beatles. I've had plenty arguments with people that the Beatles aren't that great or that influential etc, etc. Whatever. You people are just wrong. There's nothing else to it!

My recent trip to Liverpool was a Beatles Odyssey. A Magical Mystery Tour all of my very own. I wanted to see the whole shebang; the homes, the meeting place, the gig venues, the pub where stealthy pre-show beers were snuck. I had a super time, drinking in the sights, sounds and feel of the Beatles. Very memorable! I featured my photos of each member's childhood home in my July 2016 Favourites List here: http://snigskitchen.blogspot.co.uk/2016/07/july-2016-favourites-list.html

But what to eat? I discovered that Liverpool has a vibrant restaurant scene, and with only limited time to do so had to rely on research and inside knowledge from locals to pick some great places to feast the body after feasting the ears. 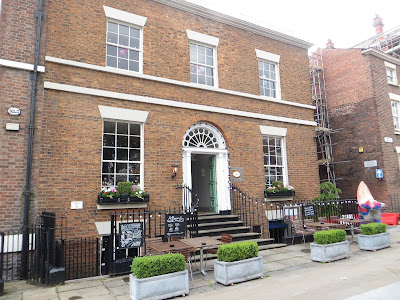 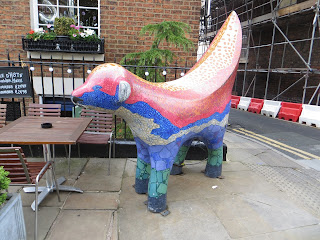 Hope Street is famously known as the street of the two cathedrals; the huge red sandstone Anglican Cathedral at one end and the circular concrete and glass Catholic Cathedral the other. The beautiful buildings on the street house some lovely restaurants, bars and restaurants. 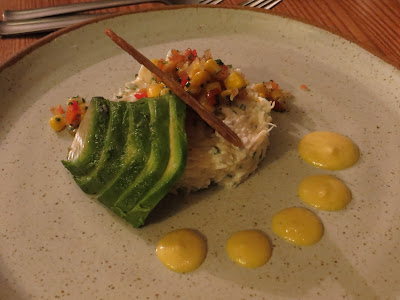 60 Hope Street prides itself on its modern take on English and French cuisine and is in its 16th year. The restaurant is a gorgeous 3 floor converted Georgian house. I found the seasonal, local ingredients were thoughtfully used in dishes which were a delight for the palate and the eyes. The  delicate Brixham crab was innovatively paired with fried chicken skin (starter, £13.50). The generous belly of pork (only a starter!) was tender and fatty, served with a gently spiced and warming cauliflower puree and crunchy contrasting cockle "popcorn" (£8.95). 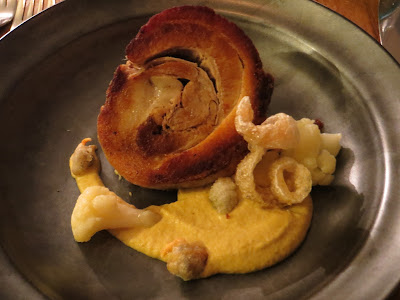 Our mains were an exquisite whole Dover Sole with a tangy, piquant, savoury blast of flavour in the form of caper and Southport potted shrimp butter and Jersey Royal potatoes, £28.50 and worth every penny, and a fillet of Brill with sea vegetables and dried dried tomato, asparagus and crab sauce (£21.95), perfectly cooked. We were too full after two course to manage desserts, but I am sure they would have been up to the same high standards. 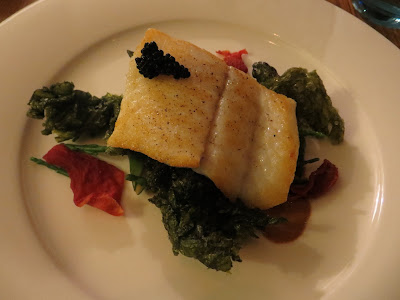 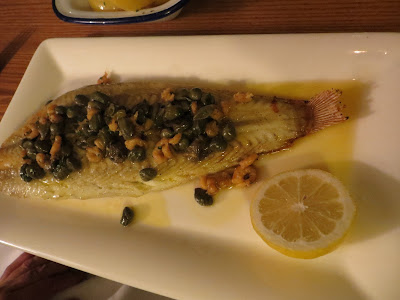 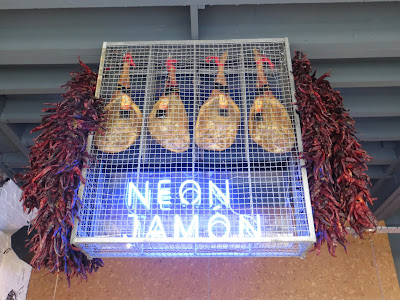 The first Neon Jamon is poetically located on Penny Lane (well, pretty much!). Sadly, that was not within easy travelling distance of my digs during my stay. As a result, I visited their new restaurant opened on Berry Street. I was told by my ultra polite waiter at Hope Street that Neon Jamon was "one of the very best in the city", which was backed up by a personal recommendation from a friend. 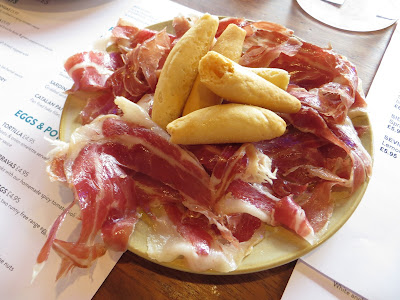 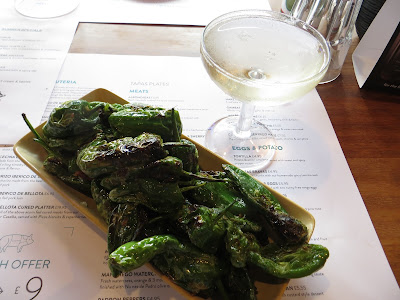 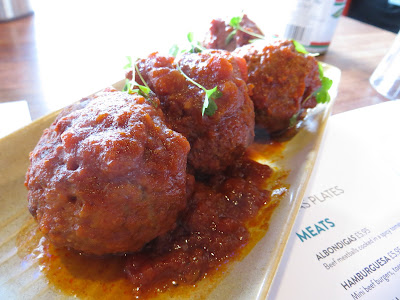 Neon Jamon prides itself on serving authentic Catalunyan tapas made from the best ingredients, as you might find on a city break in Barcelona. A solid regular menu covering meat, vegetables, jamon, cheese and seafood is augmented by seasonal specials. There are old favourites like Albondigas and Padron peppers. But there are also new tapas dishes to discover like charred octopus and pork ribs. 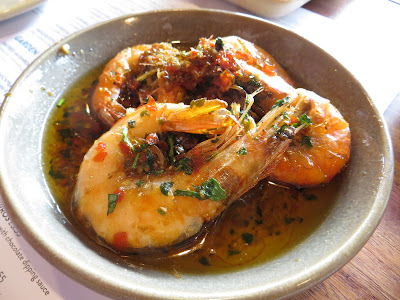 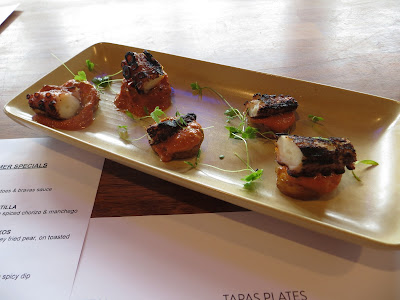 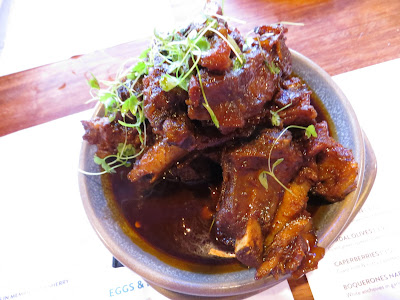 The cured meats selection here is superb; high quality and varied. The drinks selection covers beer, wine and cava (of course!), but we were particularly tempted by cava sangria, having discovered it in Barcelona. A lovely place for long lazy lunches or a lengthy evening with friends. 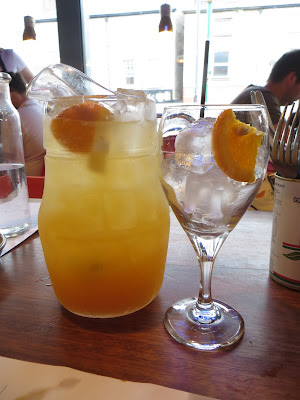 This small unassuming restaurant is a hidden gem. Just off Liverpool's Strand, it is a little bit out of the way. Owned by David Abe, he and his Japanese father wanted to bring real Japanese food to Liverpool. Accordingly, the two senior chefs were drafted in from Japan and the menu, whilst featuring tempura, gyoza and other familiar dishes, has lots of variety and scope. When we visited, on a Friday night, it was full of Japanese people; tourists and residents, groups of friends and couples, who all appeared to genuinely enjoy themselves. Unsurprising as the restaurant won  Eat Japan's 2010 prize for The UK's greatest Japanese Restaurant.

As a self confessed sushi maniac, sushi was always going to feature liberally in our meal. I was not disappointed. 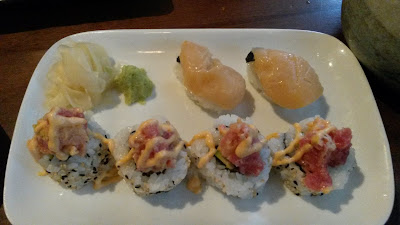 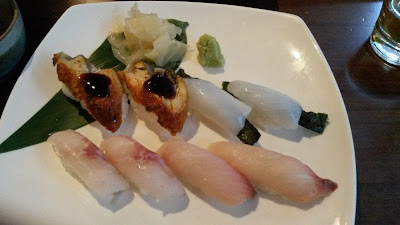 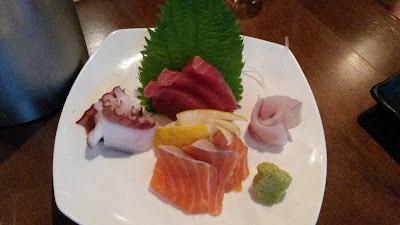 The Nasu Dengaku dish of fried aubergine which is later topped in red miso and then grilled (£5.95) was a creamy, umami filled dream (we are wondering whether its glory can be re-created at home and how...). Yakitori skewers were marinaded and grilled to perfection. This is a great little restaurant, informal and welcoming, run with love and a genuine passion for food. 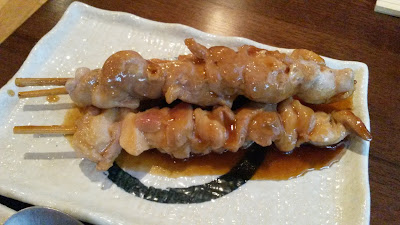 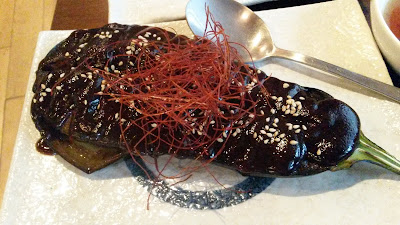 With only a long weekend to spare, I was never going to manage to get to all of Liverpool's great restaurants. If I had longer, I would have loved to have tried the following, having heard great things about them and received them as recommendations:

These recommendations represent Snigdha's honest opinions. Snigdha has not received any incentive, financial or otherwise for this list.  Snigdha and Him Indoors paid in full at each of these recommended restaurants.
Posted by Snigdha at 09:54