Last night I was invited to the launch of CAUnival, a month long celebration of friends and food all for a good cause. The small chain of restaurants specialising in steaks and burgers with an Argentinian twist is calling on diners to enjoy special menu items this August, and in return they will donate to Action Against Hunger. (CAU is the sister restaurant of Gaucho restaurants). 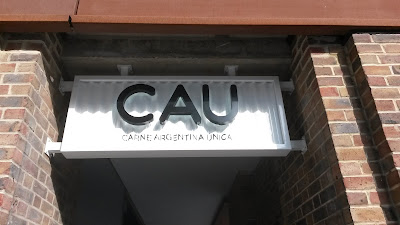 CAUnival is all about friends, kindness and sharing, and the people at CAU hope we will enter into the spirit of Summer eating and fun. The idea for the festival was inspired by the Dia del Amigo (day of friends) celebrated in Argentina, Brazil and Uruguay. Their cute little CAUnival beer mats have great reminders about the value of good friends and good times. 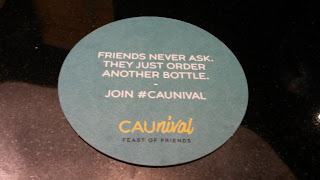 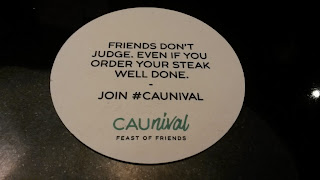 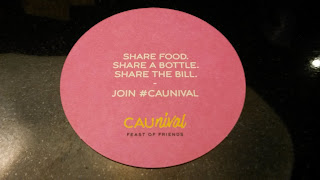 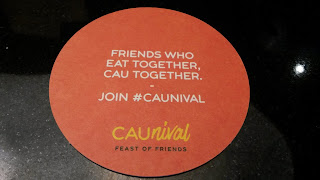 The items to watch out for this month are the CAU-lypso cocktail, CAUnival burger and Cornflake Sunday. Order these items and a donation will be made on your behalf to Action Against Hunger. 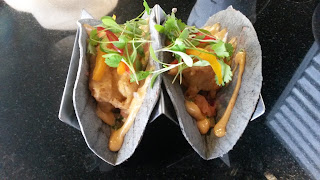 I arrived at the St Katherine’s Dock branch of CAU just as the rush hour was in full swing. Obviously, this meant I was in need of a drink. With swiftness and efficiency a big tall glass of yellow fruitiness was brought my way. Snigdha, meet the CAUnival cocktail; the CAU-lypso! 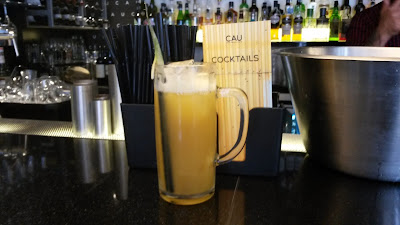 The CAU-lypso was everything a Summer cocktail should be; refreshing, long, fruity but not too sweet, boozy without being too strong. On a hot Summer evening you don’t want something cloying, thick or too short. Made with a blend of rums, Amaretto, passion fruit juice and pineapple juice, it was sunshine in a glass. At £6.50, it was a great value cocktail. 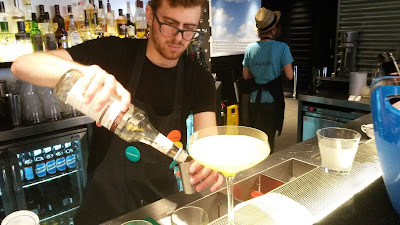 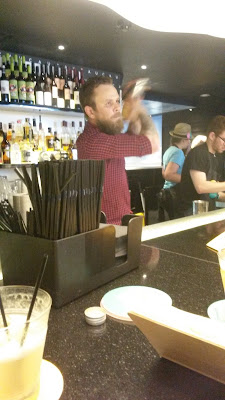 I spoke to Chris Parker from Action Against Hunger about their work and why this event is being repeated again this year after making its debut last Summer. 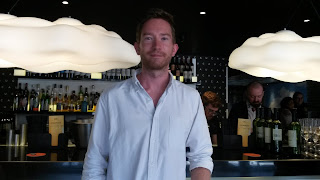 Action Against Hunger is a charity operating in over 40 countries, mainly in the developing world, to combat world hunger, starvation and malnutrition. Whilst they do direct fundraising work, they have found that celebrating food can also result in donations and awareness for their cause. Their 17 year long partnership with big players in the food and hospitality industry has led to big companies and popular restaurants assisting their work. Chris told me that currently there is a crisis in Nigeria, leading to severe malnutrition. Tragically, people displaced as a result of the activities of Boko Haram and the authorities seeking to defeat them, are living in makeshift camps with little or no access to food. Chris told me that by celebrating food and drink it was possible to make a real difference.

Next up were the canapes. Belly of pork tempura, coconut monk fish, Pollo de Coxinha chicken croquettes. Small morsels of joy. I didn’t even get to try the beef one, because they all disappeared before I could get my hands on them. I’m a food lover, not a food fighter! 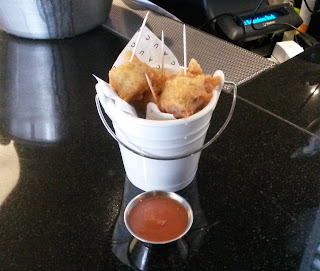 The highlight of the CAUnival menu is undoubtedly the CAUnival burger. This burger has been developed by CAU’s chef James Garland and DJ BBQ. For every one bought, CAU will give £1 to Action Against Hunger. 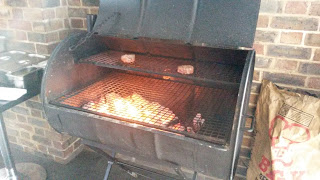 DJ BBQ (AKA Christian Stevens) is a music DJ and Barbeque nut whose channel on YouTube has 145000+ subscribers. His cookbook, The BBQ Book is one published under Jamie Oliver’s umbrella and the two have collaborated on Jamie’s FoodTube YouTube channel. Cooking last night over searingly hot charcoals, Christian made it look easy, as he checked, double checked and flipped the burgers to cook them to an optimum medium rare. 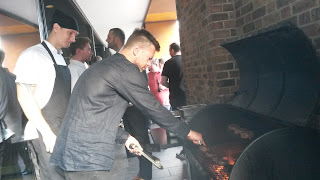 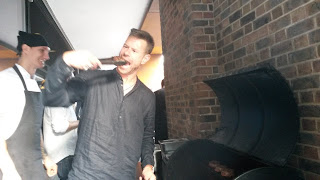 The Iowa born champion of meat, grilling, barbequing and reviving authentic family recipes is a lively character, full of fun. It was great to meet him. 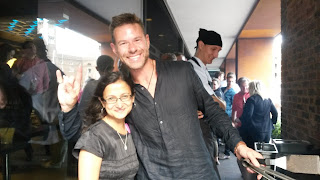 But what about the burger? The burger patty is made up of 50% chuck, 20% flank, 20% brisket, 10% aged beef fat (you don’t want a dry patty, do you?) with a dash of bone marrow for extra depth of flavour. Once approaching cooked, a slice of Monterey Jack cheese is placed on top and the burger goes back on the grill, ensuring the cheese melts all over the meat. CAU’s homemade chimichurri of herbs, red pepper, ají molido (a special Argentinian dried chilli powder), oil and vinegar goes on top to give some extra flavour. All encased in a brioche bun. 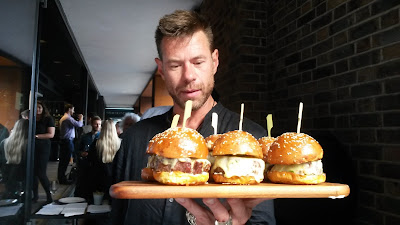 I had been too shy to get my hands on all of the canapes, but was not going to miss out here, I made sure I’d staked my place out in the queue to ensure the CAUburger was not going to escape me. My patience paid off, and to the victor the spoils. It was indecently good. Pink on the inside, caramelised on the outside, with oozy cheese and spicy sauce, it is a fantastic posh burger, and one I would recommend.

Sorry there is not picture of my actual burger, but I wasn’t going to let it go or risk dropping it whilst trying to one-handedly take a photo. I realise we bloggers are meant to photograph everything, but you’ll have to forgive me on this occasion. 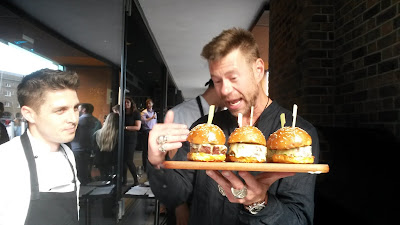 CAU will also be running an interactive social media competition giving away weekly prizes including meals for four at CAU, premium Spotify memberships, cases of CAU own-brand wine and pairs of Converse trainers. The big prize to aim for is a Quilmes beer sponsored trip of a lifetime for two people to visit Buenos Aires where you can experience the Argentinian influences which have shaped CAU.

The CAUnival will be ongoing throughout August at all of its branches.

Snigdha attended the CAUnival launch party as a guest of CAU, St Katherine’s Dock. Snigdha’s words here represent her own experience and she has not received any incentive, financial or otherwise for writing this post. This post represents Snigdha’s genuine opinions and impressions.
Posted by Snigdha at 15:08